Since its inception, the FHR has provided support to community-based advice offices (CAOs) as part of its flagship programmes. CAOs have historically been understood as community-based and community-empowered institutions that exercise a wide range of free-of-charge services and activities aimed at solving legal, human rights and social issues. The role of CAOs has evolved over time. During apartheid, CAOs were the centre of a community-based anti-apartheid struggle, where advisory legal and social services were rendered to black vulnerable communities to challenge oppressive, racially exclusive laws. Following the new democratic dispensation of 1994 CAOs contributed to the advancement of institutional reforms. Today, CAOs constitute a first-tier support to under-resourced and marginalized communities which, despite a progressive Constitution and conducive legal framework, are unable to access their rights. The CAOs are commonly known as “local centres of democracy”.

What are CAOs and what do they do?

CAOs act both as first-tier respondents when human rights are violated and as intermediaries between individuals and their communities, the state and the private sector on a range of social and human rights issues. The services provided by CAOs may include: paralegal advice; information; assistance or support; victim support; interpretation of legislation and government policy; assistance with accessing state services such as registration of birth certificates; ID applications; problems with social grants; unfair dismissals; service delivery issues (by both public and private service providers); and consumer protection. CAOs are also able to escalate matters where greater legal expertise is required by referring them to third parties with specialized capabilities such as Legal Aid South Africa, university law clinics, NGOs or public interest lawyers. Most CAOs are created to address specific human rights-based or socio-economic problems affecting the community and are usually staffed by people from the community. Local staff are best placed to understand and identify a community’s concerns, and are committed to contributing to finding a solution.

How FHR has been supporting the CAO sector?

The FHR has been working closely with CAOs for the last two decades, initially by providing support to CAOs’ umbrella and self-regulatory organizations. In this regard, the FHR supported the first umbrella organization, the National Community-Based Paralegal Association (NCBPA) and its sister institution, the National Paralegal Institute (NPI), which developed a uniform curriculum for community-based paralegals. When both organizations ceased to exist in 2003, the FHR presided over the roundtable discussions in 2005 on the future of the CAO sector. The discussions culminated in the establishment of the National Alliance for the Development of Community Advice Offices (NADCAO), a network funded by philanthropic institutions, including the FHR, to provide strategic support and an advocacy platform to the community-based paralegal sector. The FHR also worked closely with the Association of Community Advice Offices of South Africa (ACAOSA), which was formed in 2013 as a national representative body for CAOs. In 2018, ACAOSA and NADCAO merged to form the Community Advice Offices South Africa (CAOSA), currently the main umbrella organization for CAOs. FHR has been a close partner of CAOSA.

Since 2009, the support for individual CAOs has been one of the FHR’s flagship programmes. Between 2009-2012, FHR implemented the Access to Justice and Promotion of Constitutional Rights Programme, which included support for 141 CAOs. Under our current Socio-Economic Justice for All (SEJA) Programme, the FHR funded 118 CAOs between 2014-2018. 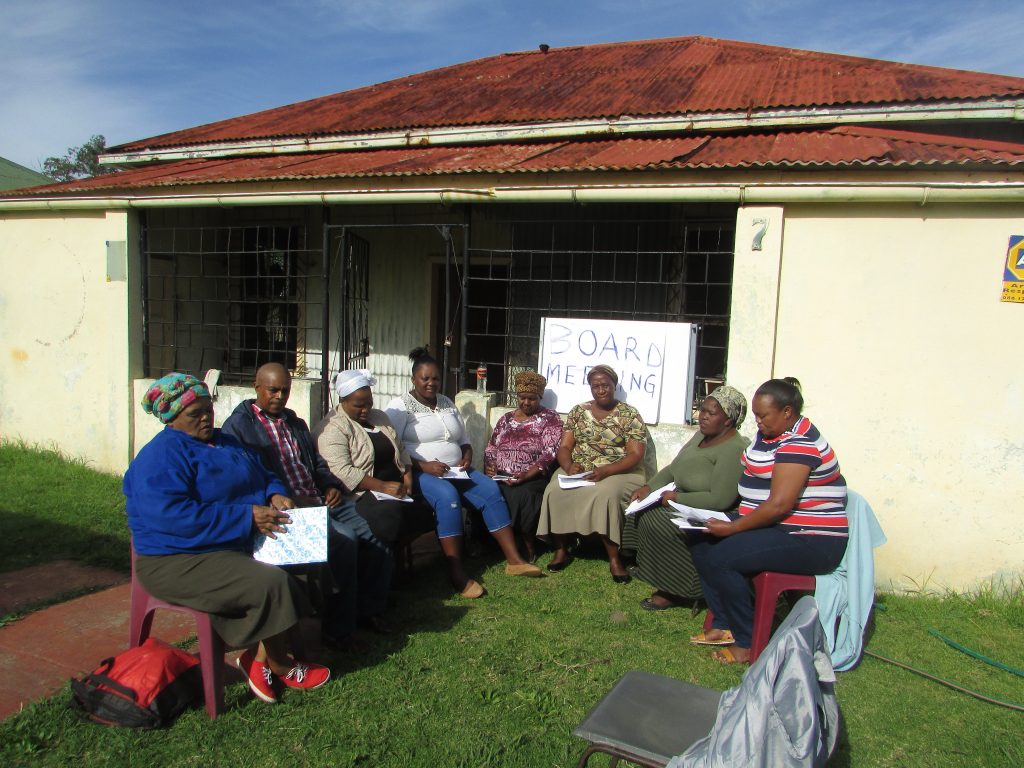 What are FHR’s current activities in relation to the CAO sector?

Our current activities in relation to the CAO sector include:

Provision of funding to individual CAOs

Between 2014-2018, under the SEJA programme, the FHR provided direct funding to at least 118 CAOs across the country through five calls for proposals. The funding was aimed at improving access to justice for vulnerable and marginalized communities and ensuring the sustainability of CAOs.

Under the SEJA programme, the FHR in partnership with Street Law has supported capacity-building for a number of CAOs across the country. Capacity-building initiatives typically include workshops and training covering subjects such as family law, death and succession planning, employment law, consumer law, good governance, proposal writing, and financial and programme reporting. Check our capacity building activities for more information.

Regulatory Framework for the CAO Sector

In 2018, the DoJ&CD requested that the FHR, as an implementing partner of DoJ&CD for the EU-SEJA Programme, assist with the reinvigoration of the Regulation Process (a process of a formal regulation of the CAO sector through legislation) and with the development of a Discussion Document on the future of the CAO sector in South Africa. The 2019 Discussion Document delivered in response to this request dealt with three key issues, namely: (1) the regulation and governance of the CAO sector; (2) recognition of community-based paralegals who work at CAOs; and (3) an appropriate and sustainable funding model for CAOs.

Consequently, national and provincial workshops on the Discussion Document were held between April and June 2019. These were organized jointly by the FHR, the DoJ&CD and CAOSA. As a result of this process, in January 2020, the Draft Policy Paper on the Regulation of the CAO Sector was released, setting out the State’s proposal for the regulation of the CAO sector. This Draft Policy Paper was the subject of discussions during the CAO National Consultative Workshop convened on 9 March 2020 in Pretoria, South Africa, which was co-organized by the DoJ&CD, CAOSA and the FHR.

At the beginning of 2020, the FHR entered into an agreement with ProBono.Org for the distribution of over ZAR 10 million over the next two years to 35 CAOs, as part of the programme intended for reducing human rights-related barriers to HIV and TB legal services for key and vulnerable populations.

FHR conducts due diligence of CAOs in all provinces

"If you are neutral in situations of injustice, you have chosen the side of the oppressor. If an elephant has its foot on the tail of a mouse and you say that you are neutral, the mouse will not appreciate your neutrality.”

Additional resources for the CAO Programme

For any queries related to FHR’s CAO Programme, please contact:

"“Do your little bit of good where you are; it's those little bits of good put together that overwhelm the world."