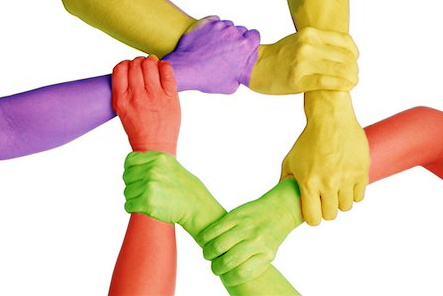 This project of creating Gender Based Violence and Femicide Free Zones (GBVFFZ) is important because as women and feminists are often subjected to various forms of violences that emanate from structural patriarchy, misogyny and heteronormativity in our own lives personally and within our own organizations, places of work and organizing. In many instances this is manifested in actual experiences of abuse ranging from verbal and physical assault including rape, sexual harassment, spiritual violence, extortion, intimidation, hatred and in extreme circumstances even murder. The situation is even worse for individuals who do not conform to traditional gender norms of male and female/man/woman because they are seen and felt as a threat to the heteronormative construct of manhood and womanhood in society. So, gender non-conforming and non-binary individuals and spirit beings become even more vulnerable as a result. This work seeks to confront the fact and reality that women, LGBTIQA+, non-binary, gender non-conforming people and traditional healers are targeted to a point of dying every day in the hands of lovers, friends and family members, places of work and places of organizing and healing as a result of these experiences and something needs to be done.

The work of making these experiences visible and enabling confrontation through voice, leadership and prevention is key to counter the effects of such abuse. The GBVF Free Zones are therefore intended to ensure that women, LGBTIQA+, non-binary and gender non-conforming people and traditional and alternative healers speak out, have an opportunity to think, analyse, theorise, process and confront these experiences as part of a collective voice within and outside our personal relationships, organizations, places of work, organizing and healing. It is of paramount importance that we declare spaces that we inhabit as GBVF Free Zones at all costs to ensure that everyone is free from the exercise of power-over that results in violence, particularly gender-based violence and femicide.