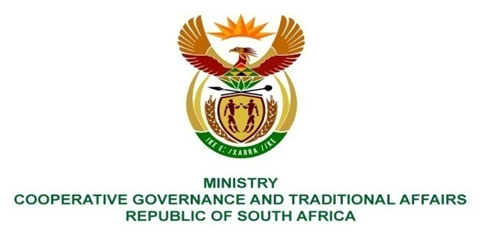 Executive Director of the Foundation for Human Rights, Hanif Vally

Members of the media

I am pleased to join you as we launch the Masibambisane Gender Based Violence and Femicide (GBVF).  It is significant that the launch of the Masibambisane GBVF takes place in the month that is recognised as Africa month – a time when the continent of Africa commemorates the founding of the Organisation of African Unity (OAU).

As a nation we are challenged, confronted and provoked in the struggle for the liberation of women, for gender equality, for women’s empowerment and their rightful place in a democratic South Africa.

We are reminded of the many women who have contributed to the liberation of this country and for gender equality. As we honour these brave and gallant women, we cannot remain oblivious to the persistent and pervasive gender discrimination and inequality within our society. The struggle is not over.

As indicated by the previous speakers, we continue to fight the scourge of high rates of gender-based violence as a country. With the emergence of Covid-19, this problem was exacerbated, leading in survivors being locked down with their abusers and having little or no financial security to extricate themselves.

Ladies and gentlemen as Government we are concerned with the shocking high rate of crime in South Africa, as depicted in the latest quarterly statistics on crime, released by the Minister of Police on 18 February 2022.

Program Director noting that the statistics point to an 8.9% increase in murder in our country, as 6 859 people were murdered between October and December 2021, further noting that out of the 6 859 people killed, 902 of them were women, while 352 were children and 232 were as a result of domestic violence.

In order for us to decisively deal with this pandemic that now pervades our social fabric, we must delve deep and be really honest about its causes and measures to fight it.

Gender equality therefore concerns itself with provision of an enabling environment that exposes women and men alike to opportunities, such as skills development, resource allocations, appointment to decision-making positions, both politically and technically, with the ultimate equality.

While some progress has been made towards facilitating women’s involvement in government structures and programme implementation, there is still a long way to go before the goal of gender equality is achieved.

Our municipalities tend to lag behind national policy and guidelines in giving priority to the goal of gender equality as organs of state that are the primary point of contact between the state and communities.

Program Director we need to empower their capacities and resources in order to play a stronger, more pro-active role in driving integrated, long-term localised safety responses.

Our response as the local government sector, has had its shortcoming and some achievements. In this province of the Free State, we acknowledge that the appointment or election of mayors has not been consistent with increases and decreases in the number of women appointed in leadership positions.

Currently out of a total of 23 Mayors and Municipal Managers, 11 of those are mayors and 14 are municipal managers. Notwithstanding some efforts to increase the number of women appointed to senior management levels, the employment profile continues to be male-dominated and gender-stereotyped.

In terms of women’s participation in all sectors of the economy, we frequently observe their presence in local government processes.

They frequently make up the majority at public meetings, demonstrating their desire for better service delivery. However, women views are rarely as powerful as men’s, particularly in situations where customary traditions mandate their silence.

These facts are important because women can be change agents and, when placed in positions of power, can improve the lives of victims of gender-based violence. Women in local government leadership must be supported by the national and provincial governments in establishing adequate fiscal, personnel, and organizational structures within municipalities.

On our part as the Department responsible for Cooperative Governance, we have developed a National Gender Policy Framework. The purpose of the Gender Policy Framework was to guide municipalities on their roles and responsibilities on gender mainstreaming. The policy framework directs that ultimate responsibility for the work of the municipal Gender Focal Person to be located in the office of the mayor.

We are working to ensure that we align the Gender Policy Framework against set national, regional and international instruments.  We are also working to better align with Sustainable Development Goals and the National Development Plan – all in line with the District Development Model.

Launched in 2019 by President Ramaphosa, the District Development Model (DDM) calls for an all of government and society approach in development.

Working as part of the DDM will ensure integrated, multi-sectoral anti-GBVF initiatives, with cooperation and collaboration between all spheres of government, business, NGOs, community-based organisations and community members, particularly at local government level.

Program Director Local Government is everybody’s business. This type of cooperation brings together different experiences and various kinds of expertise, and will in turn guarantee a holistic approach, which should result in successful programmes on the ground.

Program Director, research informs us that the victims of sexual harassment, in particular ‘sex for marks practices’, is rife within our institutions of higher learning.

As it is the case generally in our society, the survivors of sexual harassment and rape often do not come forward and report the incidents, and that leads to a culture of silence on gender-based violence at our institutions.

We will continue to ensure that our municipalities have gender responsive planning, budgeting and monitoring. We do this as we are aware that women and children are the ones who mostly access local government service delivery interventions.

Therefore, our municipal councils must put GBVF on the agenda as their work is centred in the very communities and homes where most cases of GBVF take place.

With these few words, I wish to appreciate this programme and look forward to work that will be done in addressing the lack of accountability for Gender-Based Violence and Femicide (GBVF). Gender-based violence and Femicide (GBVF), including rape and other forms of sexual harassment remains one of the foremost challenges that we must tackle hand in hand as citizens and government. Once again, I congratulate you on the launch of Masibambisane GBVF and I urge you to pay particular attention to its effective implementation.