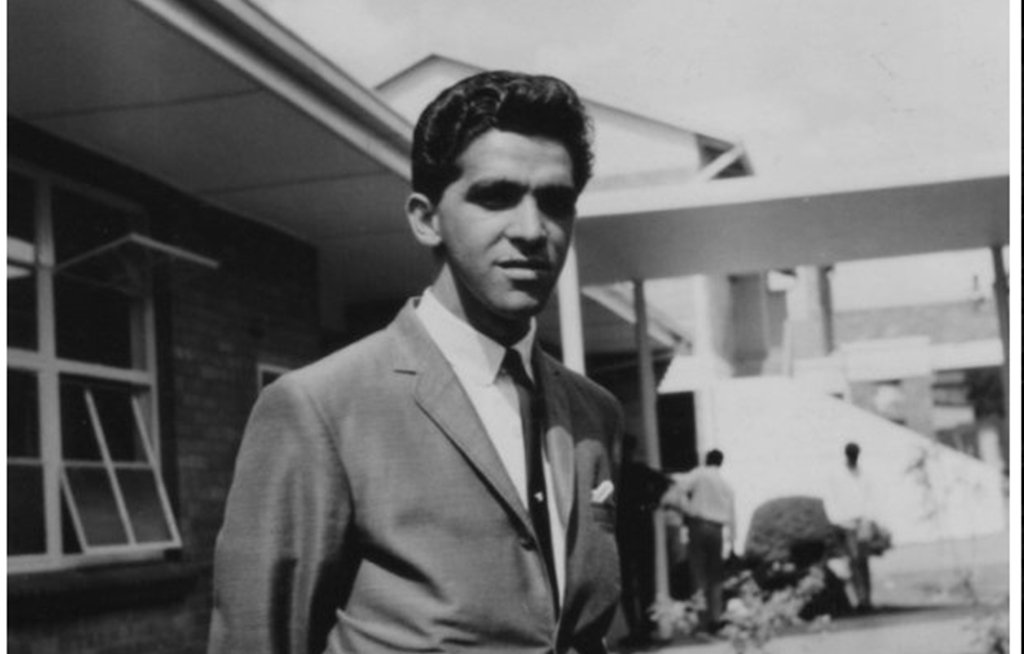 Joao Rodrigues, who was indicted for the murder of anti-apartheid activist, Ahmed Timol, died this morning.  His death robs Timol’s brother Mohammed Timol, nephew Imtiaz Cajee and the Timol family of justice and closure.  The death leaves them with unanswered questions relating to Timol’s torture and murder on the 10th floor of John Vorster Square (JVS) on 27 October 1971.

Rodrigues was specifically invited to appear before the TRC during 1997. He spurned the invitation. He could have participated in the national reconciliation process, unburdened himself and claimed his amnesty in respect of his crimes associated with the murder of Timol.  This would have opened the door to the prosecution of key suspects who were still alive.  Rodrigues chose not to participate preferring to keep the family in ongoing pain and anguish.

Refusal by SAPS, DSO and NPA to investigate

In 2003 it became clear to Imtiaz Cajee that the TRC process had not led to results and none of the suspects had applied for amnesty. He approached the NPA’s Priority Crimes Litigation Unit (“PCLU”) to investigate his uncle’s case.   The NPA pretended that the case was being investigated when, in fact the SAPS and the Directorate for Special Operations (the Scorpions) both refused to investigate this case and the other 300 cases referred by the TRC to the NPA (“the TRC cases”).  On 25 February 2004 the NPA advised him of “negative results” and in an internal 2006 report of the PCLU the case was marked as closed.

The lead interrogators, Captains Johannes Hendrik Gloy (“Gloy”) and Johannes Zacharias van Niekerk (“Van Niekerk”) and the investigating officer, Major General Christoffel Andries Buys (“Buys”), who covered up the murder, were all alive in 2003 when Cajee asked the NPA to investigate.  All could have been held accountable but for the conspiracy to suppress the TRC cases.  Van Niekerk died on 31 October 2006.  Buys died on 25 February 2007 and Gloy only died on 30 July 2012.  The SAPS and NPA had nearly 9 years to carry out the most elementary and basic investigation before the last interrogator died but chose not to do so.

Following decades of struggle for justice, spearheaded by Imtiaz Cajee, the authorities eventually relented and reopened the inquest into Timol’s death in detention in 2017.

However, this was only secured after the family’s legal representative threatened the NPA with legal action if the inquest was not reopened.

At the Reopened Inquest in 2017 the Timol family extended an open hand to Rodrigues, indicating that they were only interested in the full truth, not vengeance or retribution, and that if the truth was disclosed, they would not seek a prosecution.  This plea was spurned by Rodrigues.[1]

The Pretoria High Court made history when it ruled on 12 October 2017 that Timol had been viciously tortured and murdered at the hands of the SB who pushed him out of the window of room 1026 or the roof top of JVS.[2]  Rodrigues placed himself at the scene of Timol’s death and the Court found him to be a party to the cover-up of the torture and murder.  In 2018 he was charged with Timol’s murder and for defeating the ends of justice.

Since the indictment of Rodrigues in 2018 his legal team have employed “Stalingrad tactics” to prevent his criminal trial from proceeding. He appeared in 19 remand hearings without his criminal trial proceeding.  Rodrigues sought a permanent stay of prosecution which was dismissed by the full bench of the South Gauteng High Court in June 2019.[3]  The same court also dismissed his application for leave to appeal to the Supreme Court of Appeal (SCA).  Rodrigues petitioned the SCA for leave to appeal, and although granted leave, the SCA dismissed his appeal on 21 June 2021.  This paved the way for his criminal trial to begin on 12 July 2021, which was again delayed when he appealed the decision of the SCA to the Constitutional Court.  Rodrigues legal fees were covered by the State.

The NPA admitted in the Rodrigues case that it allowed politicians and other functionaries to dictate its approach to prosecuting apartheid era crimes. This resulted in the suppression of the TRC cases. Such disgraceful conduct was in complete disregard for the NPA’s constitutional obligation to exercise its functions without fear, favour or prejudice.[4]

The political interference was done with the specific intent to shield persons responsible for apartheid-era crimes, especially senior officers and decision makers. Rodrigues was a direct beneficiary of this conspiracy to obstruct the course of justice. Other beneficiaries included the lead interrogators of Timol. Cajee and other family members called for a commission of inquiry into this political interference. This call was backed by former TRC commissioners who also called upon the

President to apologise to victims whose cases were abandoned.[1] Most of these cases cannot be revived as the perpetrators have died.  To date President Ramaphosa has declined to appoint an inquiry to get to the bottom of the suppression of these cases.

Blow to the families

The death of Rodrigues comes as huge blow, not only to the Timol family, but also to many other families of victims, particularly those affiliated to the Apartheid-Era Victims’ Families Group.  They have been waiting patiently to find out how their loved ones died at the hands of apartheid security officers. The window of opportunity to pursue justice is fast closing.

The families of victims feel betrayed and abandoned by South Africa’s post-apartheid state which deliberately suppressed the investigation and prosecution of apartheid era crimes.

The families of the Cradock Four, Nokuthula Simelane, Imam Haron, Matthew Mabelane, Caiphus Nyoka, Coline Williams, Bayempini Mzizi, to name but a few, continue their fight for justice against all the odds.